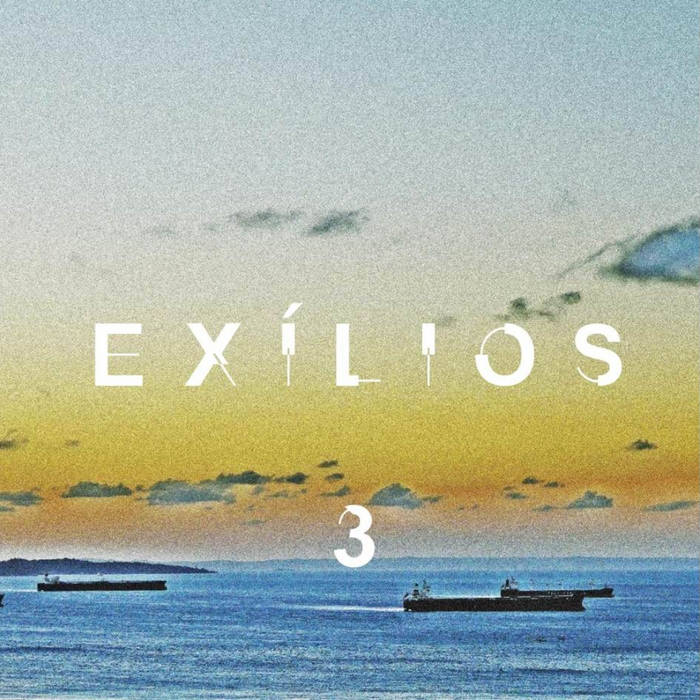 "Few years ago my friend George Christian Vilela Pereira asked me to contribute some guitar work for a track on a album that turned out to be part of a sprawling jungle, a trilogy of albums, called Exilios. Listening to the first few volumes and previews challenged me to formulate new terms, to grapple with what seems like the strangest mixture of everything I like, which somehow seems like it just shouldn't work because in the world where we live the ideologies that separate and stagnate music into pigeon-holed territories and long-exploited ore mines guarded by product-oriented, hungry, market-hungry, old speculators who don't like funny people and funny mixtures messing up the mind of the buying public by offering music that makes them think and feel too much. It is further haunted music in that it draws from world-wide sources, being a studio album, basic tracks recorded in Brazil and contributors from across the ponds added into the mix, so that there's a hint of virtual utopia here, a musical space that refers to many cultures all at once and yet expresses either all of them or none of them to my ears while still sounding between-the-worlds organic, like a dream that you should write down before forgetting it. There is a hallucinogenic quality or potential here, ayahuascan trips, like all the freaky megalopolises, Mexico City meets Teheran, but's it all a club in Calcutta called Igloo Canal, the studio walls grow edible fungus, drones carry in trays of jasmine tea and espresso. Nothing is connected in any obvious way but it's connected all the same. If you play it at a party, many of your friends will leave or call the police. Because it's that good. Because it's that evil. One moment its some psychedelic lost soul wandering the polluted beaches where sharks belly full of plastic and transistor schrapnel wind up stranded, another moment its all the Sun Ra freak out down at Slug's Saloon, the one's that happened after you left when Pharoah and Sharrock arrived late and they invited a harp made of tin and sparklers to plug directly into the amp and plunge Queens into darkness. And there's this voice singing in some language between languages, a microtonal language, swirling, turning itself inside out, a crooning that is aware crooning is too cute and draws venom from bitter blues people of the crepuscular zones, humored like Don Van Vliet, but also a little crusty like Cobain, a permanent voice in migration, like gypsy moths or swallows saying anywhere but back to Capistrano. It's kind of like all of this and yet kind of not because there are too many layers and this causes description to be an exhausting futility. It may take 100 years to get to the place where this music already exists in the universe we know and be landed upon as an inhabitable planet. I am happy I arrived when I did."

GC Sound Artifacts is a personal label created by the composer George Christian in 2010 and a household name for his productions. Since its inception, the label has been releasing physical versions or sending their releases by mail, whenever there's chance. Nowadays, GC Sound Artifacts aims to firm its place as a netlabel for the digital market. ... more

Bandcamp Daily  your guide to the world of Bandcamp